skip to main | skip to sidebar

Rockin' with Critter and Grammy Awards Wrap Up 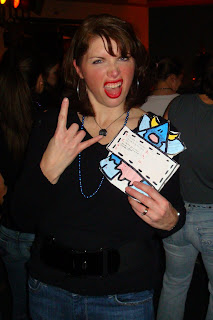 Critter is in DA HOUSE!
Critter is a traveling work of art by illustrator/artist Ian Sands. Christy from Christy's Creative Space started Critter's trek in blogland. He's been to North Carolina, Texas, South Korea, Massachusetts, and now he's here with me in Illinois! Of course I had to take him out on the town when he arrived.
Saturday night I took him to see my favorite local band, The Awful Truth. They were playing at a benefit for a burn camp called I Am Me. Critter schmoozed with the music lovers and took advantage of some photo ops (I swear that was the only time I had that dumb look on my face all night. I was singing along with the band or chatting with my rock posse, Ginny and Beth, the rest of the night). My husband wondered how I earned those beads, and it was because I made a donation to the charity (really!). Critter, my posse, and I rocked to some of our old time faves like "Under Pressure" and "Dancin' With Myself" plus new tunes like "Shake It."
For their second set, The Awful Truth came out dressed like Van Halen - wigs, spandex and all! They played a full set of VH tunes. My faves were "Panama" and "Hot for Teacher." Critter's fave was "And the Cradle will Rock" (he thought they were singing "and the Critter will rock").
Here's Critter crowd surfing.

And here's Critter getting a close up view of the band and hangin' by the speakers... 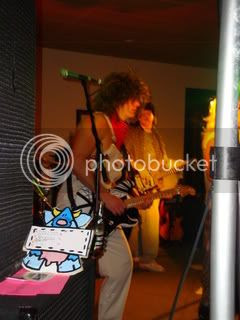 Rock on.
Grammy Wrap Up
Of course I watched the Grammy's on Sunday. But even a music lover like myself could not sit through it for four hours straight. I watched and fast forwarded through the first three hours on Sunday, then rewatched parts of it with my children Monday night and finished the rest of it when they went to bed. My kids recognized a lot of musicians and enjoyed seeing them perform. I am raising them to appreciate the art of music and the art of headbanging...
Here's my Grammy's Wrap Up. See the list of winners here. I am not going to list them all, who do I look like, Martha Quinn?
RANDOM THOUGHTS WHILE WATCHING THE GRAMMYS
1. I liked the Elton John/Lady Gaga collaboration. Except Elton forgot to wash his face before performing...
2. Excellent! I did not even know that Stephen Colbert was hosting!
Here's a few funny quotes from Mr. Colbert
"I did not even know they were dating," regarding Elton and Lady Gaga.
"I ran into the Jonas Brothers backstage, or I ran into one three times. I don't know."
"You may be the coolest people in the world. But your industry was saved by a 48 year old Scottish cat lady in sensible shoes." (Susan Boyle)
3. My kids could not decide who they wanted to win "Song of the Year." They liked Taylor Swift, Beyonce, and Lady Gaga. Beyonce won with "Single Ladies." She always has a cool performance, and she didn't disappoint tonight.
4. Pink is so not shy about her body. What did they dip her in (and I wonder who was splashed below)? What an amazing, beautiful, graceful performance! Highlight of the night! My 7 year old daughter did wonder if they wrapped her in toilet paper though...
5. Norah Jones looks awesome, love her dress! And there's Ringo looking cool for an old chap.
6. "Use Somebody" by Kings of Leon (who were a little drunk) won Record of the Year, which was one of my Nine of '09! See I actually do know my stuff...
7. SLASH! Now there's a rocker!
8.Justin Bieber looks like an eight year old next to Ke$ha. (who is 6'1", I looked it up after seeing her on stage).
9. Green Day wins Best Rock Album for "21st Century Breakdown." I have an old CD of theirs called Dookie.
10. Chris O'Donnell in all black. That conservative boy looks cute all rocked out.
11. Like the Taylor Swift/Stevie Nicks combination, though Taylor was a bit off key. My kids sang along to "You Belong With Me," so I enjoyed that!
12. The 3D tribute to MJ was cool, but would have rather seen old footage of him instead.
13. His poor kids, how hard this must have been for them to speak. The boy did well, but the poor girl seemed confused and nervous.
14. Bon Jovi played an oldie but goodie "Living on a Prayer" (I like to sing it on Rock Band), not my favorite band but a band that has stayed popular for twenty years!
15. The In Memoriam inexcusably left out The Rev, the drummer of Avenged Sevenfold, a platinum selling band, but had some other obscure performers mentioned...
16. Taylor Swift is one accomplished 20 year old.
Did you watch? What was your favorite part of the awards show?

Kelly Polark
Mom. Teacher. Writer. Poet. Concert Enthusiast. Yeah, you know it! Thanks for stopping by! 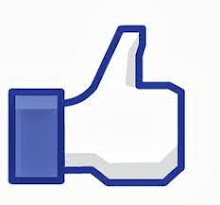 Are you ready to rock A to Z? 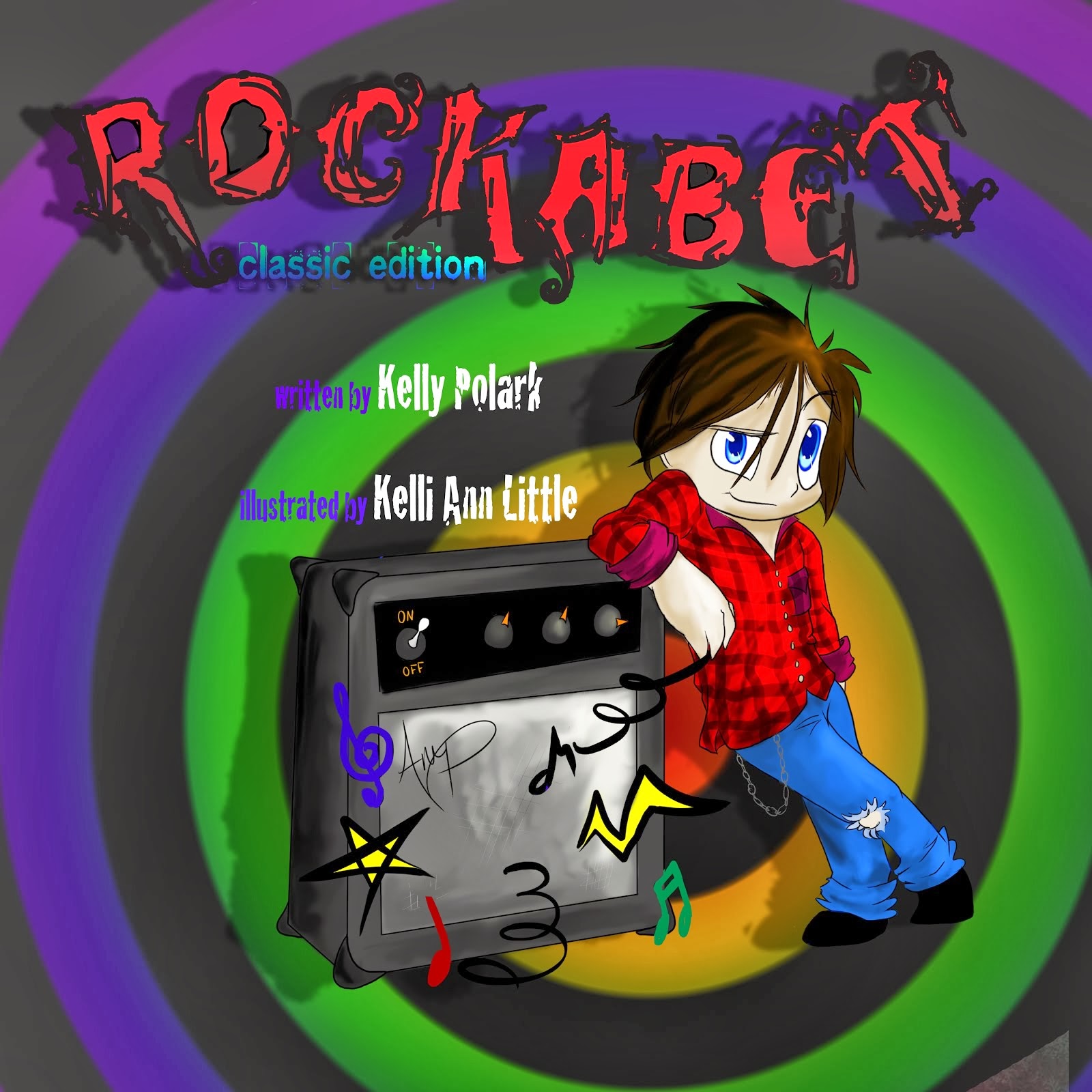 My middle grade novel out February 28! 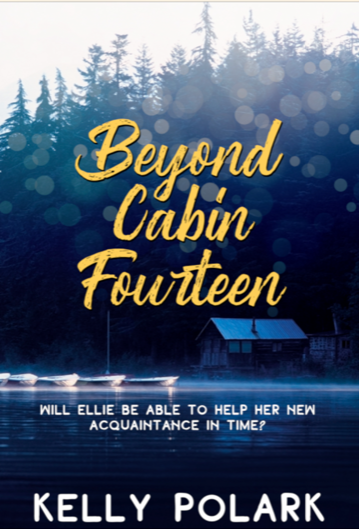 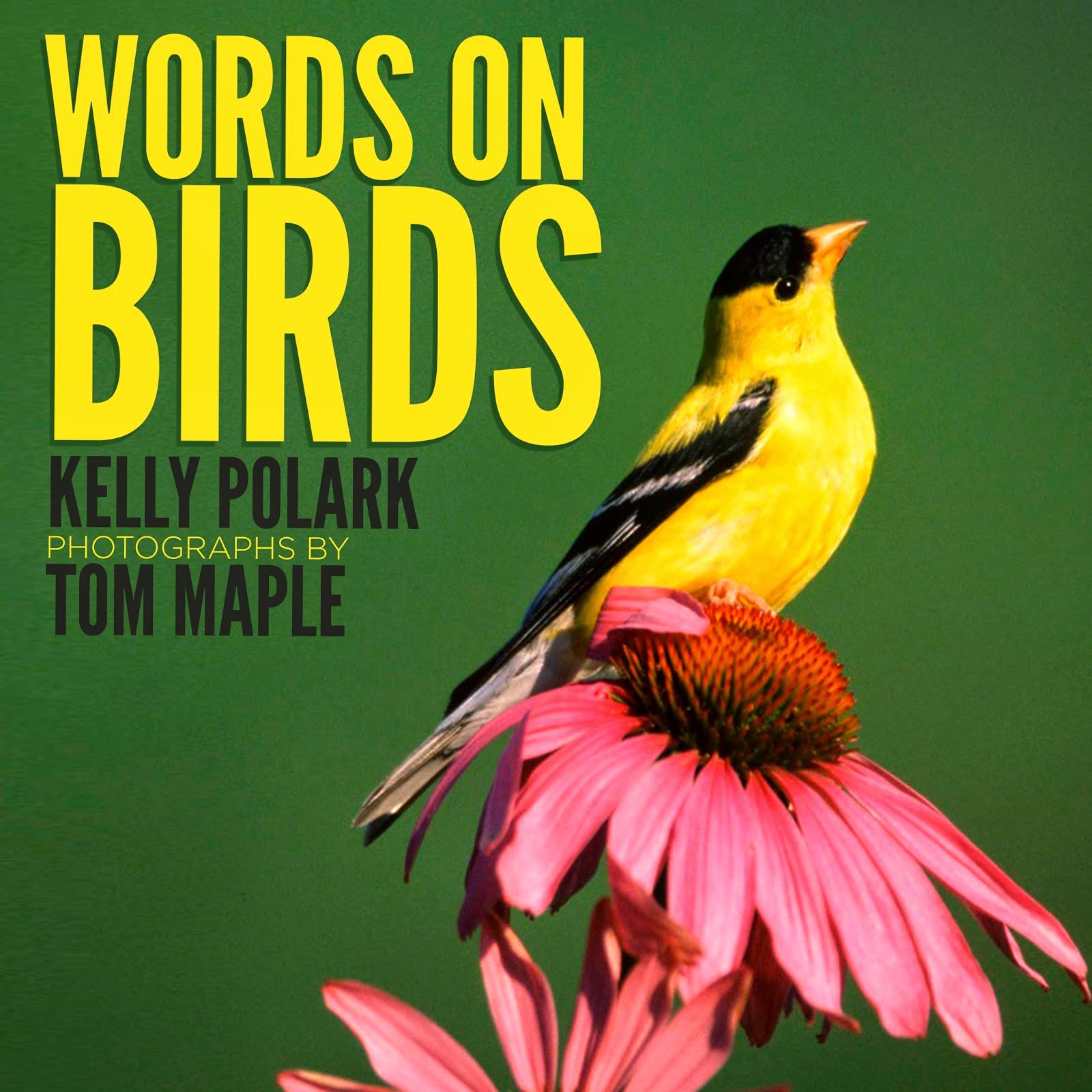 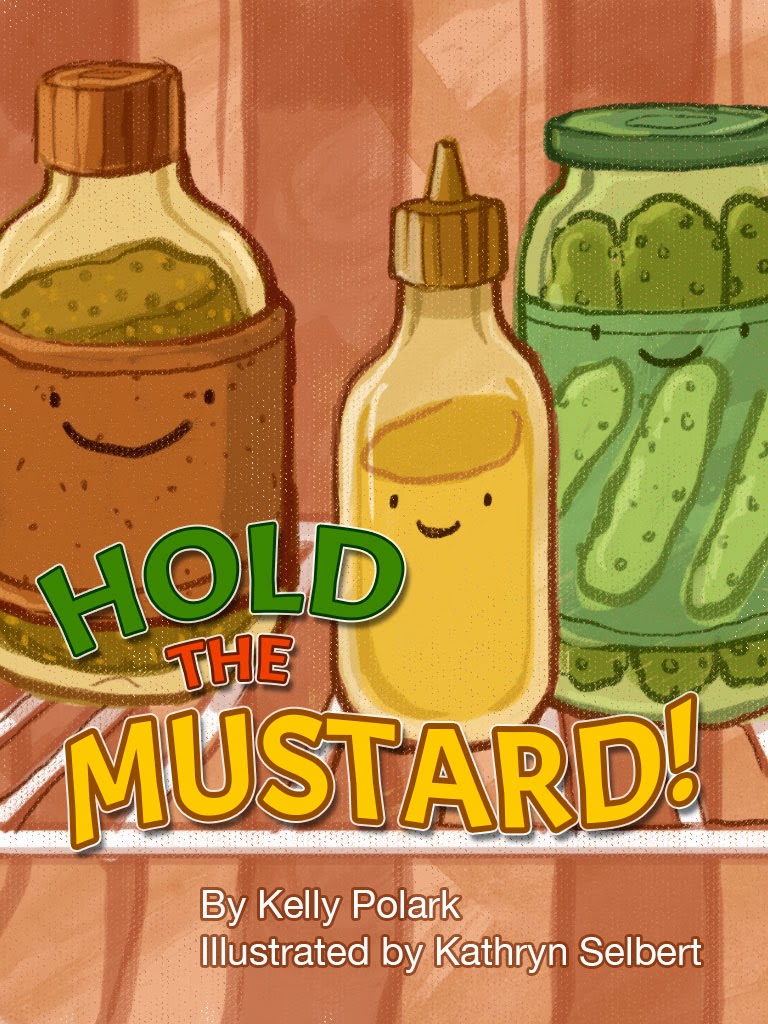 MY PICTURE BOOK APP from MEEGENIUS 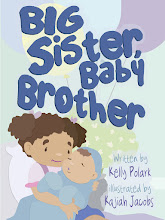 Check out my other blog! 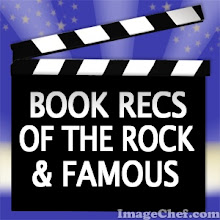 Just finished WHEN WE TOUCH by Tia Louise.


LOOKY WHAT I WROTE!

My Poetry Rocks
“Rock and Roll”

May 2009
Stories for Children magazine
“Into the Telescope” word puzzle

August 2009
Stories for Children magazine
“Dad and Me” poem